Yesterday the first snow fell here in NYC and I made a wish! I wished for Persephone’s Bees to play live everywhere, where you, the fans are! So we can meet you, talk to you and share the experience of playing music with you. 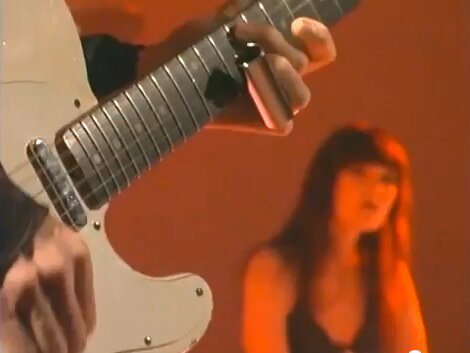 Recently we were going through some files and found a video that we made a while back for the song ‘Home’, the last song on ‘Notes From The Underworld’, the record that we received so much love about from all of you. As you know, this song was featured on Sopranos in the episode where Vito gets killed, episode 76.

Well,Â here’s the video for it. Enjoy! And send it to all your friends!

Also, tomorrow night on Halloween we’re going to play two shows. Persephone’s Bees are going to follow a set of Traveling Wilburys. That’s right, you heard it right, Traveling Wilburys! Cause that’s what we’re going to play first. I’m going as Roy Orbison, Tom is of course Bob Dylan. The other members of this homage to an amazing band are Jacob Silver as Jeff Lynn, Ryan Scott as George Harrison, Christina Courtin as Tom Petty, and Robin MacMillan as Jim Keltner. Be there, at Pete’s Candy Shop (709 Lorimer Street, Brooklyn, NY 11211). We’re going to play all their major hits. Wilburys are on at 9 pm, P’s Bees at 11 pm. and if we’re going to play like the last show we just did then I might be too overwhelmed. The last show was DIVINE! I can’t even put it into words, I felt as though we were channeling something that is beyond our understanding. 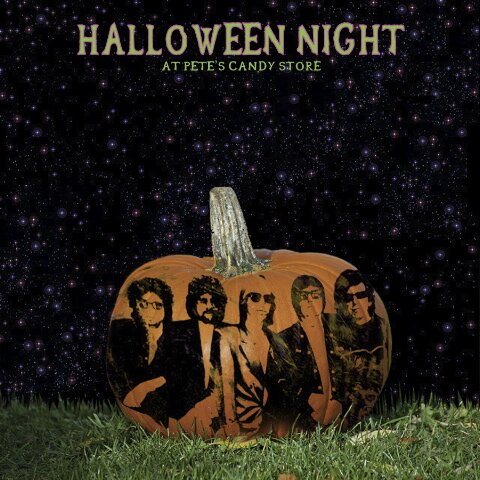 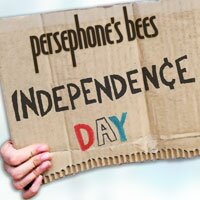 With all of the news in our home town of Oakland, we dedicate “Independence Day” to our friends and fans there who are in the thick of it all.Â Click here to check it out.

The recorded version of this song will be officially released very soon on iTunes, but you canÂ download it now from CDBaby.

Kids, so here it is. This was recorded in some hotel a few days ago in the middle of nowhere while we’re touring through America. Inspired by a political early morning coffee conversation and suddenly strongly identifying with Leonard Cohen’s poetry. While mixing the song and listening to it a bunch the idea for the video came to my head, a simple video utilizing everything we had right there and then: hotel room, beds, flash light, door way, making a Persephone’s Bees flag out of a piece of paper and drum sticks. This was very spontaneous, unexpected (the song and the video) but done with love and care and the desire to fight the evil even more now than ever! Enjoy and spread the love! Angelina

This is an early incarnation of Persephone’s Bees called “Free Ears” with Rodger Rodgers on the bass. The video is obviously done on a budget – no edits. The song, “If I Could Sing Like Linda McCartney” is a love song to LInda, written at the time when tapes were circulating, dubbed from the Wings live show monitor mixes, creating much hoop la about Linda’s singing, or apparent lack there of. We’ve always thought she sounded great on the records…!

With love to Linda, from PBees

Categories: Tours, Videos
Posted on April 11, 2009
For a full recap and photos of our trip to Paris this March, read our MySpace Blog!
Please note that this is our new official blog; so check back here for future postings!

Here are some videos from our recent trip to Paris – enjoy!